Move to Amend Reports connects you with activists and organizers working on the frontlines of the democracy movement, to bring you the lowdown on corporate rule, corporate personhood, and money as speech.

TUNE IN EVERY THURSDAY MORNING AT 7am PACIFIC / 10am EASTERN. Click here to listen to this week's show!

Get weekly reminder about shows so you never forget to tune in -- sign up here! 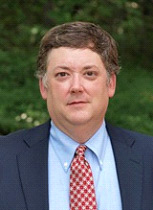 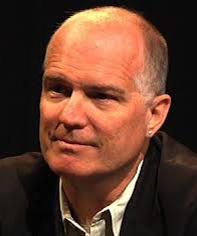 This week marks the 2nd anniversary of the successor to the Supreme Court’s Citizens United decision, McCutcheon v. FEC. Join us as we reflect on the consequences of this decision in a re-broadcast of a public debate on the matter of limiting individual contributions to political campaigns between Move to Amend’s David Cobb and the lead plaintiff, Shaun McCutcheon!

Shaun McCutcheon is an Alabama businessman and owner of the electrical engineering company, Coalmont. Shaun is a member of IEEE and the Alabama Coal Association. He is also a founding member of the Alabama GOP President’s Council and chairman for the Conservative Action Fund, a Super PAC that promotes conservative messages and ideas for the Republican Party. On October 8th, 2013, lawyers for Shaun McCutcheon and the RNC argued before the Supreme Court that the aggregate limits for individual contributions should be thrown out, which the court ruled in their favor on April 2nd, 2014.

David Cobb is Move to Amend’s Outreach Director and a Principal with the Program on Corporations, Law and Democracy. He is a lawyer and political activist. David has sued corporate polluters, lobbied elected officials, run for political office himself, and has been arrested for non-violent civil disobedience. In 2002, David ran for Attorney General of Texas, pledging to use the office to revoke the charters of corporations that repeatedly violate health, safety and environmental laws. In 2004, he ran for President of the United States on the Green Party ticket and successfully campaigned for the Ohio recount. He is also National Projects Director for Democracy Unlimited.

This debate was featured on the Nicole Sandler Show at RadioOrNot.com on the eve of the 6th anniversary of CItizens United v. FEC last January.