In what is rapidly becoming the largest tax fraud investigation in history, the global elite and multinational corporations stand accused of hiding behind tax shelters worldwide and secreting assets upwards of $32 trillion. Charges range from facilitating tax evasion and fraud, to money laundering.

After studying 2.5 million leaked files for more than a year, the International Consortium of Investigative Journalists (ICIJ), an independent group in partnership with several global news outlets, revealed the names behind more than 120,000 anonymous offshore companies and trusts.

Some of the world’s wealthiest, most politically influential individuals are involved. In Canada, Liberal Pana Merchant faces an investigation regarding an estimated $1.7 million her husband moved into an offshore account. Jean-Jacques Augier, the treasurer of French President François Hollande’s election campaign and Imee Marcos, a Filipino politician and daughter of the country’s former dictator Ferdinand Marcos are included, as well as a Venezuelan general, international weapons dealers, and several Russian corporate executives.

In the United States, Mark Rich, a notorious tax fraud pardoned by Clinton, and Rich’s former wife are listed. U.S. tax authorities seeking information on suspected American tax evaders have targeted a Caribbean bank formerly co-owned by Barclays, and the Internal Revenue Service (IRS) has filed a "John Doe" summons – a request for information on an unknown number of unnamed people – against U.S. taxpayers with offshore accounts at First Caribbean International Bank (FCI).

One method commonly used to pull off these schemes is called transfer pricing. A shell corporation is formed and residency is established in a nation known for it’s low corporate taxes; all financial activity is reported to have occurred there. A simple entity can be created in just three days for about $1,000. For an extra level of protection, and an extra $500, a local “nominee director” will pose as the public face for your entity. More than 21,500 offshore companies employ this scheme, allowing the true owners complete anonymity.

The imbroglio that has been revealed has important consequences other than an illegal amassing of wealth. It contributed to the introduction of horse meat into Europe’s food chain earlier this year. And the Cypriot service provider linked to the food scandal provided nominee services for convicted arms trafficker Viktor Bout, who made money from some of Africa’s bloodiest wars.

Incredibly, these disclosures show that well-respected institutions such as City of London banks, HSBC and Standard Chartered, were working with some of the most violent elements in the world. If these reports are true, the largest global financial institutions, like Deutsche Bank and UBS, are criminal enterprises working with a cadre of well-paid lawyers, accountants, and other individuals, to help their patrons engage in illegal activities.

Yet money laundering and financial secrecy are not limited to offshore accounts. The United States, the United Kingdom, and other conventional financial centers are central to this scandal. And while British, American, and European banks are regularly reprimanded, they are rarely prosecuted for handling the profits of crime. Last year, it was revealed that HSBC enabled some of the most violent narcoterrorists in Mexico to launder hundred of millions of dollars through the US financial system.

At this writing, a child born in the United States is already personally burdened with $52,985.04 in U.S. national debt, while roughly one-quarter of the largest corporations in America are paying no federal income taxes. In 2010, JP Morgan Chase operated 83 subsidiaries incorporated in offshore tax havens to avoid paying some $4.9 billion in U.S. taxes. And companies use the same tax breaks to save money by exporting jobs to other countries costing the United States five million manufacturing jobs and the closure of more than 56,000 factories since 2000.

Were it not for the legal fictions that corporations are people and money is political speech, corporations would not have the inalienable right to speak and invest unlimited funds in our elections, keeping Congress indebted and subservient. These corporations wield their power so the wealthy and corrupt can cheat their way out of paying their fair share while hard-working people and innocents are stuck with the bill — and the aftermath.

We at Move to Amend say “No more!” Let’s amend the U.S. Constitution to clearly state that corporations are not people and money does not equal speech. It is time to bring transparency back to our financial systems and justice to “We, the People!”

Maria Agosto is a member of the Move to Amend National team and The Poor People's Economic Human Rights Campaign (PPEHRC.) She can be reached at Lasuperchica59 [at] gmail.com. 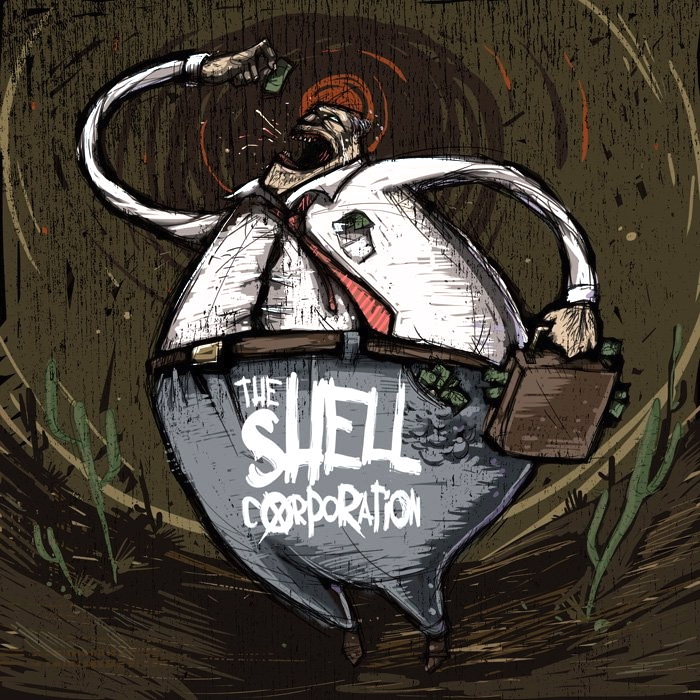